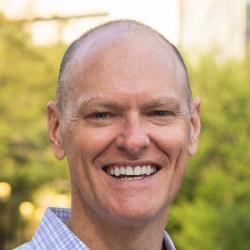 Michael Girdley is an entrepreneur and investor in San Antonio, Texas. He's looking for an Associate / Founder-in-Training to help him with various businesses and new ventures. See more about Michael at girdley.com and on Twitter @girdley

This is a full-time role designed to be a launchpad for a person looking to find their long-term career and bridge into the world of entrepreneurship.

You’ll learn a ton, work on many different projects and get exposed to many things that junior folks generally don’t see until later in their career.

Think of it as an entrepreneurship apprenticeship. The endgame being that you work with us on a new venture in a leadership position, take a role somewhere in our network or depart to start your own thing.

Michael Girdley is the Chairman and co-founder of Dura Software, the second-largest software company in San Antonio. Michael is also a partner at the Geekdom Fund, a seed-stage tech venture capital fund that has invested in over 50 high-growth tech companies. Most recently, Michael led a private equity transaction that created the largest private tech company in San Antonio with Jungledisk buying a set of technology products out of global conglomerate, J2.

Michael has also co-founded and served in leadership roles at numerous companies and nonprofits: Codeup, Effectual Ventures, Red Runner Coffee, Dry Line Partners, Near, and Alamo Angels. In total, these ventures have enabled over 1,000 new tech jobs in the San Antonio area over the past decade.

Prior to diving into San Antonio’s tech sector, Michael was CEO of Alamo Fireworks, the largest retailer of consumer fireworks in Texas for over a decade.  Under his leadership, the family business transitioned from 3rd to 4th generation leadership.

Academically, Michael’s background is rooted in technology.  He received a BS in Computer Science from Lafayette College (where he was a 4-year Division I swimmer).  Michael began his career in San Francisco, where he held engineering and marketing roles at RSA Security and BEA WebLogic, where, at age 25, he was the lead product manager for a $300mm business.

In 2015, the San Antonio Business Journal named Michael “Man of the Year,” and in 2016, Geekdom presented him with their first-ever “Geek of the Year” award.  Michael has also authored several books on computer programming which have been translated into four languages.

His passions are his kids, his lovely wife, and growing San Antonio’s startup ecosystem.

Michael can be found on Twitter at @girdley and at his blog at girdley.com.